This is one of the few films on the list I had not seen before, though I am familiar with the play--it being one of my favorites.

The 1966 Mike Nichols' film was nominated for 13 Academy Awards, won 5 (including Elizabeth Taylor's win for Best Actress) was based on the Tony Award-winning 1962 Edward Albee play of the same name.
-- @misterbowen
Read more Once Upon a Time in the West, they'd Hang 'Em High if anyone suggested that for A Few Dollars More you could make a movie that showed the Good, The Bad and The Ugly about the consequences of violence.

And this: "Meh."
--@misterbowen
Read more One of my all-time favorites!

Sydney Pollack's "Tootsie" stars Dustin Hoffman as the consummate out-of-work actor: He's constantly complaining about the lack of jobs and yet every time he lands a part, he loses it, burns a bridge or somehow alienates the director/cast/crew by being ridiculously difficult (in service of the part of course!).
Tootsie is both a send-up of the reputation of the "difficult" actor as well as a telling portrayal of gender stereotypes.
Join us, won't you?
-- @misterbowen
Read more

Special Episode 001, This is Ours 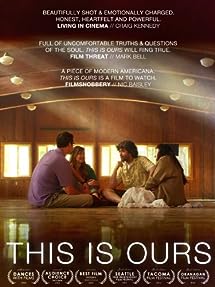 "This is Ours," is a beautiful film by my friends Kris and Lindy Boustedt and it's our first departure from the AFI list here at 100 of Some(Movie)Thing.

And I'm glad it is.
Watch it right now on Amazon Prime for free!
Alright, now that you've watched, click below and listen up!
-- @misterbowen
Read more

Here it is, the 1971 masterpiece of ultraviolence and swanky fuckin' lapels.
Read more Well folks, here it is, one of the better war movies ever made... But even here Spielberg manages to throw in a trademark roller-coaster ride or two. Join us, won't you?

100 of Some(Movie)Thing 029, The Shawshank Redemption This week we review Stephen King's paean to prison rape, tax shelters and silky smooth voice-over narration, the Shawshank Redemption. I really didn't expect to enjoy this movie as much as I did this time around. But there you go. -- @misterbowen

George Roy Hill's classic buddy flick "Butch Cassidy and the Sundance Kid" is the subject of today's podcast. Released in 1969 to critical and audience raves, this lil' gem catapulted Robert Redford to super-stardom. Well deserved, too. Paul Newman is at his affable, easy-going best as Butch Cassidy, Katherine Ross joins the cast as Etta, Sundance's lover, but Butch's love. This is one of my favorite films. -@misterbowen Jonathan Demme's 1991 thriller is a fan favorite but Anthony Hopkins' hammy performance as Hannibal Lector doesn't sit well with @misterbowen. Join us as we discuss the X-Files template, The Silence of the Lambs.